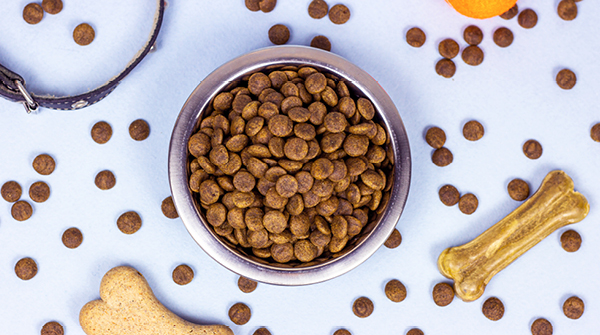 The FDA issued a corporate-wide warning letter yesterday after inspections of Midwestern Pet Foods, Inc.’s production plants found violations across multiple sites which have been associated with the deaths of hundreds of dogs who had eaten the dog food(1). Samples tested were found to be contaminated with high levels of aflatoxins.

The FDA has reiterated the importance for pet food manufacturers and distributors to understand their responsibility to comply with federal requirements and FDA regulations to implement hazard analysis and risk-based preventative programmes to protect animal health.

The plant inspections were initially prompted in the Chickasha, Oklahoma plant, following reports of illness or the death of dogs that had eaten the SPORTMiX dry dog food that’s manufactured by Midwestern. The samples tested were found to contain extremely high levels of aflatoxins at 558 ppb (parts per billion), the FDA considers aflatoxins to be adulterated at 20 ppb or higher.

Aflatoxins are a type of naturally occurring mycotoxin produced by the Aspergillus flavus mould, it can develop on corn and other grains that are commonly used as pet food ingredients. The mould thrives in certain conditions, generally in warm, humid climates. The affect aflatoxin’s have on animals can vary, with some being more susceptible to strong side effects. Tolerating less than 50ppb before displaying signs of poisoning (2), dogs have been found to be less tolerant to aflatoxins and are around four times more susceptible than pigs and six times more than cattle. Aflatoxin poisoning causes liver damage, immunosuppression, cancer and affects growth.

If you suspect your dog is showing symptoms of aflatoxin poisoning or you suspect they have consumed a recalled batch of food, the dog should be brought to a vet immediately for examination and testing.

How to Stop Animals Consuming Mycotoxins

Biorex Food Diagnostics develop and manufacture a range of Enzyme-linked immunosorbent assays (ELISA) for the detection of contaminants and toxins in foods, including aflatoxins. The key features of the total aflatoxin ELISA kit are;

For more information on the total aflatoxin assay contact sales@biorexfooddiagnostics.com.